Idol group SKE48 will release a documentary film group. This was announced when SKE48 held the celebration of the 23rd single of the group's Ikinari Punch Line at Zepp Nagoya, July 4, 2018. 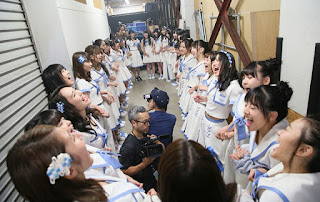 In this documentary, it will show all the activities that SKE48 has done up to now. One that will be featured in this documentary is the scenes behind the scenes when Matsui Jurina and Suda Akari are ranked first and second in the event 'AKB48 Sekai Senbatsu Sousenkyo [AKB48 世界 選 抜 総 選 挙]' held in June.

The documentary SKE48 is scheduled to be released this fall.