SNH48 will hold SNH48 5th Senbatsu Sousenkyo concert on July 28, 2018. The concert will be held at Shanghai Mercedes Benz Cultural Center will be followed by 303 dreaming girls from group 48. 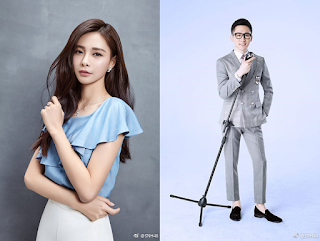 As usual, the concert will be guided by host invited by SNH48. Through its official Weibo account, SNH48 announces two Chinese celebrities who will host or MC from this year's election concert. They are Shen Mengchen and Gao Shanfeng.

Shen Mengchen is the host who is often invited to be the host of SNH48 Group's election concerts since the third election of SNH48.

This is the same opportunity of the artist as well as this beautiful model come to witness the birth of 66 girl fan choice. Gao Shanfeng (DJ Gao) is often seen in SNH48 Star Dream Theater because he's currently STAR48 LIMITED staff for the result. Having hosted the fourth election, SNH48 appointed him again to host the five-titled Dili Qianxing election.