SNH48 has two new sub-units named BlueV and HO2 formed at the Request Time concert last February. After nearly five months, the members of these two sub-units finally got exclusive training overseas. BlueV and HO2's official Weibo accounts have also been created last month so it is certain they will debut soon. 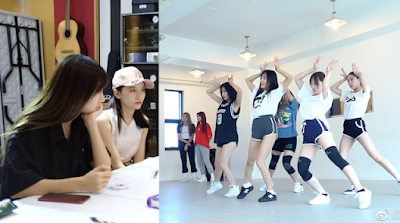 Unlike BlueV, HO2 gets vocal training and musical instruments with different training venues as well. The two-member sub-unit, Lu Ting and Feng Xinduo, is the dream of the fans as both are very intimate and many are hoping they are lovers. Feng Xinduo got keyboard training and Lu Ting with her guitar. Both fly to Taipei to study and practice there.