Vern and Nina are both leaving MNL48

One by one the members of the idol group MNL48 started to fall, just on the 7th in July there were two members who chose to leave the group. The two members are from the Team MII formation of Niña Editha Guirnalda and Vemberneth Villanueva from Kenkyuusei. Both officially staged their careers in MNL48. 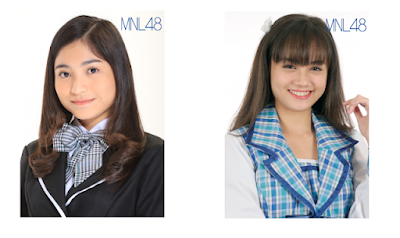 Vemberneth Villanueva or who is often called Vern has officially resigned from MNL48 on July 2, 2017. There is no clear reason why the girl from Pampanga came out of MNL48. Vern early in her career at MNL48 is not a pure audition like the other first generation but she is a challenger.

Furthermore there is Niña Editha Guirnalda or Nina who just decided to get out of MNL48. Precisely ie July 6 yesterday, MNL48 officially announced it has quit the group. Previously she had delivered graduation from the group. Nina is one of the newly promoted trainne to Team MII to replace the team members who have left MNL48 (see here).