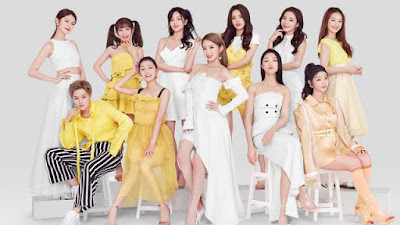 Wu Xuanyi and Meng Meiqi were Chinese PRODUCE 101 trainees sent by Yuehua Entertainment agency. Both have debuted in South Korea and are members of the women's group WJSN or the Cosmics Girls.

Yuehua explained that the reasons for Meiqi and Xuanyi's withdrawal were due to the inability to reach an agreement with the company that manages Rocket Girls 101. This was due to the promotion issue between Rocket Girls 101 and Cosmic Girls that could not be regulated properly.

Meanwhile Zi Ning was a trainee from the Mavericks Entertainment agency. Mavericks said that the girl who was often called Winnie was experiencing a decline in health so she had to receive adequate care. Therefore, the Mavericks pulled Zi Ning from the Rocket Girls 101 group's promotional activities.

The release of three Rocket Girls 101 members surprised many K-POP lovers in China. The group, which is predicted to be the number one female idol in China, will probably decline in popularity.

Why? Because Meiqi and Xuanyi are the two most famous members of Rocket Girls 101. So many have speculated that the remaining eight girls will not last long and sooner or later their promotion will be withdrawn from the group by their respective agencies.

A lot of SNH48 fans didn't expect the three members to come out. Even most fans commented that this was an opportunity for SNH48 GROUP to return to success after the popularity of the very popular PRODUCE 101 program.