38 girls qualified in the final step of Sakamichi audition 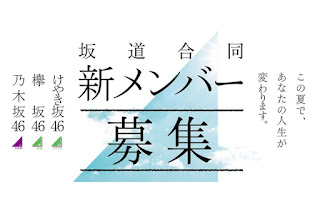 This joint audition was attended by 129,182 applicants. And on this day, 82 candidates took the final exam by showing talent, singing ability, question-and-answer and so on.

After going through the selection, 38 candidates passed the final audition and will join as new members of the Sakamichi Series group.

Details about 38 candidates who passed this final audition such as name, age, origin and will join the group which will be announced later. They will later become the 4th Generation Nogizaka46, 2nd Generation Keyakziaka46 and 3rd Generation Hiragana Keyakizaka46.