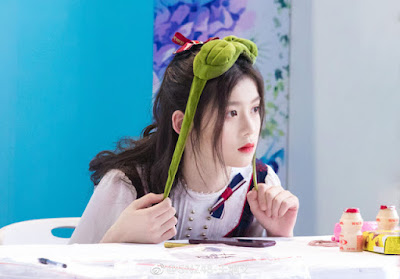 Good news came from Guangzhou idol group 'GNZ48'. One member of Team Z named Wang Jiongyi who was confirmed by her fans suddenly stated back to the group. Keep in mind, this Xinjiang-born girl has been on hiatus from the group starting last March and to this day. She is already considered graduate.

Jiongyi's return to GNZ48 is known after she made a posting on her official Weibo account on Monday (08/13/2018). "Hello everyone, I'm Wang Jiongyi Team Z GNZ48 is back again !!", she wrote. Her post was warmly revoked by her team-mates and seniors in the Team G and NIII. Yu Zhiyuan who is also in Team Z also commented by saying welcome back.

Zheng Danni as a senior was also happy for the return of the girl who is often called Jiong Jiong. Wang Jiongyi was one of the first generation aces because she was able to penetrate the GNZ48 TOP 16 position in the fourth senbatsu election of SNH48 GROUP. Because of this hiatus she did not participate in the senbatsu election last June this year.