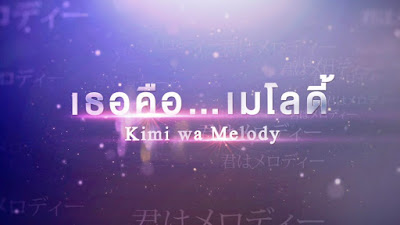 BNK48 will soon release its fourth single entitled 'Kimi wa Melody / Yourself, Melody'. This preorder single has been done for a long time in the official Shopee Thailand BNK48 account.

The announcement of this single was made on the second generation debut, and the senbatsu will be revealed later. On August 18, BNK48 announced senbatsu members for the single Kimi wa Melody. Besides senbatsu, they also announced the title of Kimi wa Melody in Thai, 'Tor Keu ... Maylodi'.

The senbatsu member of BNK48 came from the BIII Team and the elected Kenkyuusei members.

Total members of Senbatsu singles Kimi wa Melody are 21 girls and were the first time for more than 16 members. This center single position will be taken by Noey. She was chosen to be the center again after Shonichi's single was positioned as a double center with Music. In addition, in the video of BNK48's senbatsu announcement, it was also revealed that costume would use senbatsu for this single.

In addition to the song Kimi wa Melody's senbatsu, BNK48 also announced the song's fourth coupling single and its senbats.