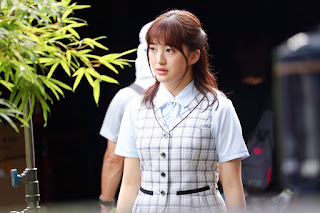 A member of the HKT48 idol group named Tashima Meru denied reports that were circulating about her being ready to graduate from the group.

She added that, her struggle in HKT48 was still very long and she had not yet thought about graduation let alone the matter of marriage with her boyfriend.

Tashima Meru and SKE48 Kumazaki Haruka announced to be supporting cast in movie "Sengoku Girl to Kendo Boy" The Movie is about a female swordman from Sengoku time that travel to Reiwa time. And expected to be Released in fall 2020.