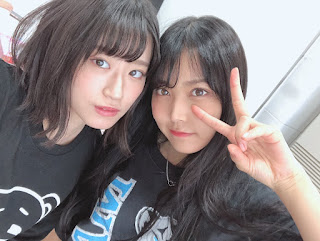 NMB48 member Jonishi Rei has announced her graduation from the group.

This was announced by Reichan through the live broadcast of SHOWROOM today.

On her SHOWROOM broadcast, Rei Jonish8 said, "I have something painful to say to all of you. I'm sorry. I, Jonishi Rei, will graduate from NMB48."

Jonishi Rei continued, "The success of my career after graduating from the group was quite small, although there were worries about my future, but I decided to graduate to realize my dream of becoming a singer-songwriter. I want to continue my career in the entertainment world."

Jonishi Rei joined NMB48 in July few years ago as a member of Trainee / Kenkyuusei. She once hits by dating scandal.