Nogizaka46 Yamashita Mizuki to be exclusive model for "CanCam Magazine" 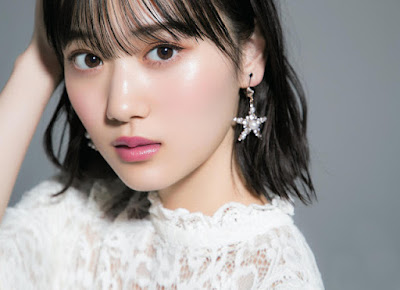 Member of Nogizaka46 3rd Generation Yamashita Mizuki has been contracted as the exclusive model of fashion magazine 'CanCam'.

Regarding the reason for choosing Yamashita, editor-in-chief Takada Hiroki revealed, "She's an orthodox beautiful girl. Every time I see her picture, the aura feels stronger, we want to show more of the charm through 'CanCam' magazine."

Yamashita will start appearing as the exclusive model for 'CanCam' magazine in the October issue which will be released on August 23, 2018.

Yamashita Mizuki's comment
"CanCam is a magazine that I make reference in terms of make-up and fashion. For me who never thought of working in the model world, of course being the model of the magazine I admired made me very happy, but there was also the pressure I felt. By making my Senpai a role model, I will try hard to grow by learning many things about fashion and beauty."