SNH48 5th Request Time to be held in Guangzhou Gymnasium 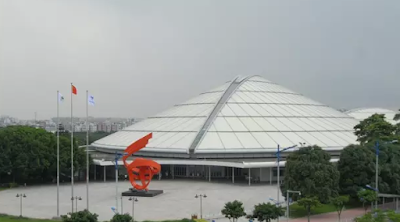 As announced in the fifth SNB senbatsu sousenkyo concert last July, there will be two events that will be held in the BEJ48 base city of Beijing and GNZ48 in Guangzhou.

Beijing will host the SNH48 4th Fashion Awards while Guangzhou will hold the 5th Request Time SNH48 event. Both events will be held outside Shanghai for the first time.

SNH48 4th Fashion Award has not yet been announced the date of implementation. However, usually this annual event will be held between September and November every year. Probably in the near future SNH48 will immediately announce it after the release of the latest single from Sousenkyo.

Meanwhile, SNH48 5th Request Time has met a bright spot. Like every year, this event will be held on January 19. The location that will be the concert of the event is Guangzhou Gymnasium in 2019.

This venue has a capacity of 10,000 spectators, not less extensive than the Shanghai Mercedes Benz Arena. This will be the second SNH48 concert in Guangzhou after 2013 one. The same as before, only BEST 50 or the best 50 songs will be announced.