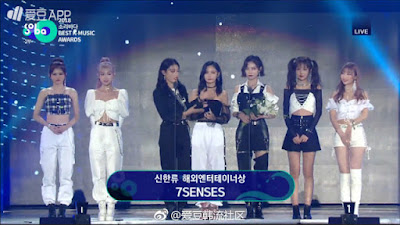 7SENSES appeared to entertain the South Korean at the Soribada Best K-Music Awards 2018 (08/30/2018). In this second appearance in Korea, the seven members of 7SENSES performed the song I Wanna Play. Before appearing, 7SENSES was also present at the red carpet event of this award event.

7SENSES is indeed one of the unit groups formed by SNH48 for the international market, especially in Korea itself. Even their songs are more inclined to the KPOP music genre than other genres.

When receiving the award, 7SENSES revealed that they will release a single again this year. Later there will be one song released or sung in Korean. This is one way to attract Korean people to 7SENSES and SNH48 themselves.