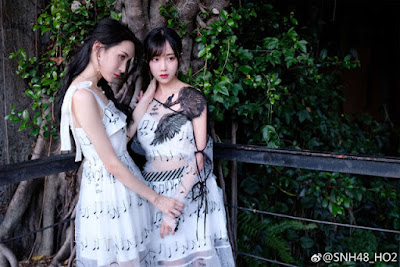 The first duo sub-unit SNH48 'HO2 (Healthy Oranges)' will debut next month. The debut with the BlueV sub-unit will be held on September 7, 2018 in The Mixing Room, Shanghai Mercedes Benz Arena, Shanghai, China. HO2 consists of two beautiful members from the NII Team, Feng Xinduo (Nanashi) and Lu Ting (Lisa).

Unlike BlueV which was released by EP single, HO2 only announced its debut song, called 'Ruguo Zhe Jiushi Aiqing' or that means If This is Love. The song is perfect for both because Lisa and Nanashi are dream partners of many SNH48 fans. The song has released the preview preview 30 second. HO2 will also release PV from the song.