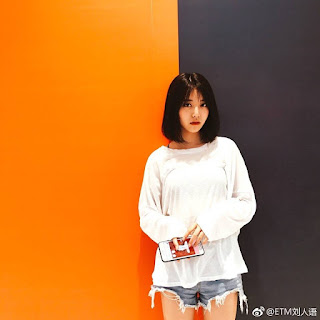 News of the lawsuit filed with former SNH48 members was heard again. Previously, Zeng Yanfen or Ruri had demanded STAR48 because of a membership contract problem in the group some time ago. Yesterday (06/08/2018), Gong Shiqi ex Team NII instead sued but instead was sued by the STAR48 company.

The inaugural sessions of Gong Shiqi and STAR48 will be held on August 22, 2018 at 04:00 BST in the Shanghai High Court. Gong Shiqi reportedly canceled the contract with SNH48 unilaterally so that her activities in the group stopped suddenly. At yesterday's 5th SNH48 Senbatsu Sousenkyo concert, Gong Shiqi appeared in the audience to watch her remaining second generation colleagues.