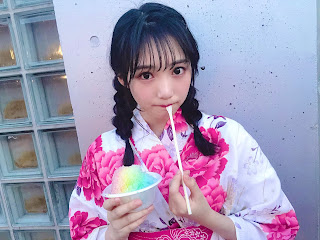 A photo and video footage shows one of the members of the NMB48 idol group, Yokono Sumire along with a man who is violating the scandalous dating scandal rules making NMB fans furious about this even asked her to graduate.

According to her, the man was not her new lover (boyfriend) but her childhood friend.

This statement makes fans even more confused. Previously NMB48 Yokono Sumire reportedly was dating a 37-year-old man. At the moment Suchan is still less than 20 years old, so how can they become childhood friends?