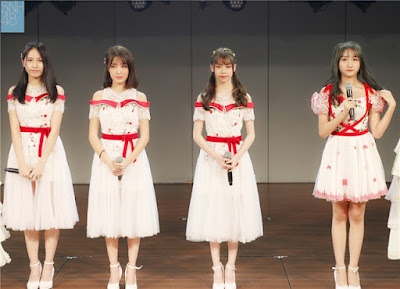 On the eve of the fifth special SNH48 theater birthday performance, it was exciting for the 4 training members (trainees).

The four of them officially released their status as SNH48 trainee members and were officially promoted to the regular team by management.

Previously the trainees followed the project to expose the faces where they performed in other team's theatrical performances by wearing masks.

This was her fourth new trip to become a core member. There are still some members of the SNH48 ten generation who still carry the status of trainees namely Li Hailin and Lu Jinghua, and Peng Yuhan. This generation's generation is the most recruited as many as 9 people.