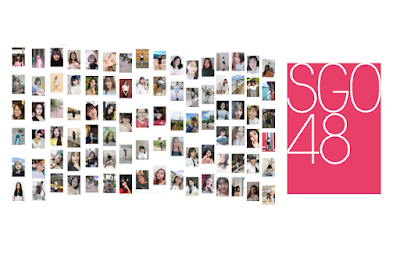 This number has exceeded the number of first generation JKT48, MNL48, and BNK48 registrants. However, for AKB48 Team SH and SNH48 still hold the title as the group with the most first generation applicants.

The first phase of the selection was carried out and now there are only 90 girls who passed the second stage.

In the second stage, it began on September 23, namely by uploading the 90th photo of the candidate to the official site account and Facebook.

Interestingly, the second stage selection system determined by SGO48 is very fair, where fans can vote for prospective members by liking candidate photos uploaded on Facebook pages. Vote will be closed on 29 September 2018 at 11:59 p.m. local time.

It was informed by SGO48 itself, many of the popular artists who registered for auditions, but that did not become a group priority. If you are a member of SGO48, you don't have to be a talented girl or you can start from zero with a dream and determination.