BNK48 concert "1st2gether' to be held for FREE 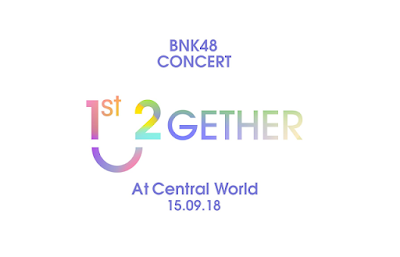 This will be the second BNK48 concert after 'STARTO' which was held on March 31 - April 1. This concert will be attended by 52 BNK48 members consisting of the first and second generation.

The concert will be combined with the largest LED in Asia in Central World, Bangkok. Interestingly, this concert will be held FREE of charge. This is the third time BNK48 has held a show in public without purchasing tickets.

The concert will start at 7:15 a.m. to 3:00 p.m. Bangkok time, before the entrance will open from 4:30 p.m. Considering that the concert is outdoors (outdoor), the concert time can change at any time considering the weather conditions on site.

During the performance of this concert, BNK48 is likely to bring it's new single Kimi wa Melody because on the same date the music video will be released.