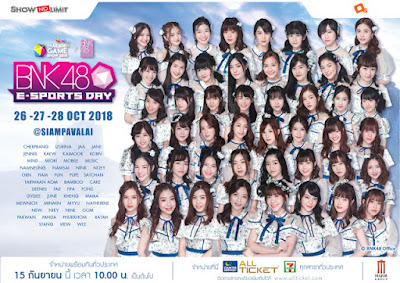 Even more successful, BNK48 will be joined by the Thailand Game Show 2018 for a sports event called BNK48 E-SPORTS DAY.

This event will be held on 26-28 October 2018 at Siam Pavalai Royal Grand Theater, Bangkok, Thailand.

For the first time, first and second generation members will be merged and then divided into two teams, Team A and Team B.

The event will be filled with some funny games from both teams, in addition there will also be a mini concert that will be displayed.

Lasts for three days, of course, the members present will change according to the schedule. Tickets will be sold starting September 15 2018 at 10:00 WIB in All Ticket and Seven Eleven Thailand.

Venues have also been announced and seats will be divided into 5 zones with varying prices. One ticket purchase is valid for one day or only session.

Fans who buy tickets for 3,500 Baht have the advantage of doing shoot groups with members. Regarding the schedule of members who attend can be seen on the site Thailand Games How 2018. 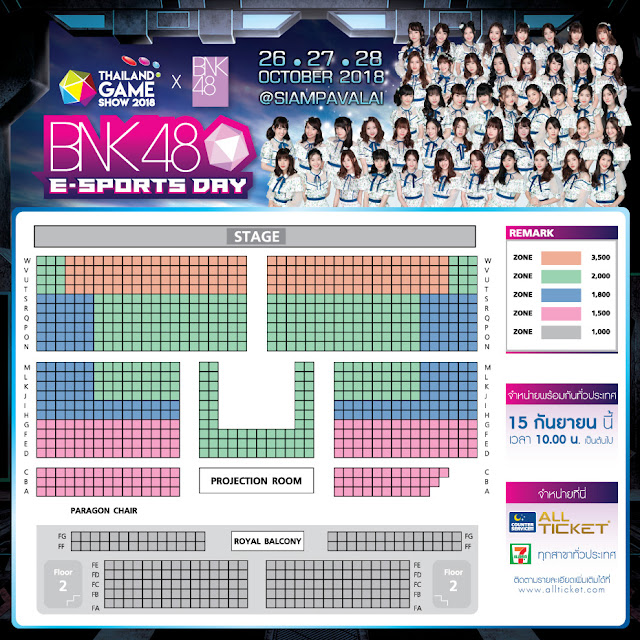