Maysa to graduate from BNK48 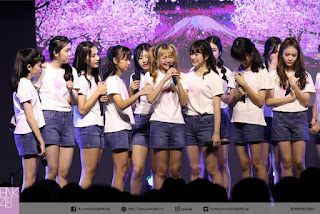 At the BNK48 trainee theater performance 'Party ga, Hajimaru yo' , Mesa Chinavicharana announced her graduation from the group.

This decision immediately made fans who witnessed did not believe what was said by the girl who was often called Maysa. How not, the first generation members who still joined the trainees for the first time appeared on the theater stage.

Maysa revealed that this graduation from BNK48 was a matter of education. Se wants to focus more on study.

After the shocking announcement, hashtag #MaysaBNK48 immediately became a trending topic on Twitter. An announcement about her last activity at BNK48 will be informed later.

Last January, she was suspended from the group due to a month-long boyfriend scandal. The fans sincerely supported her wholeheartedly to be strong in serving the punishment given by management.