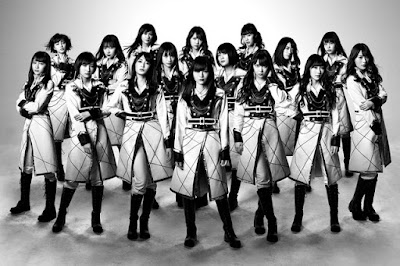 This 19th single will also be Yamamoto Sayaka's last single that has announced her graduation from the group.

Total of the single will consist of 9 types, 4 types of Limited Edition, 4 types of Regular Edition and a Theater Edition. The title, Senbatsu members and others details will be announced later.