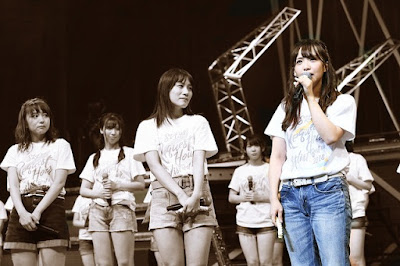 In the announcement, Matsumura revealed, "I, Matsmura Kaori, will graduate from SKE48!"

Regarding the reason, Matsumura explained, "It's been 8 years since I joined SKE48. Being in an extraordinary group like this, I really don't want to graduate. But, in the past 2-3 years I have started thinking about graduation. Even though at the moment I think being on SKE48 is very fun, but as an individual, I think I won't be able to grow, I finally decided to graduate. "

Matsumura further said, "But, since I haven't decided on my graduation time, I could cancel it (lol)."

Matsumura Kaori joined SKE48 in 2008 as Generation 3. From the beginning she was Kenkyuusei until March 26 2015 was promoted to Team KII.