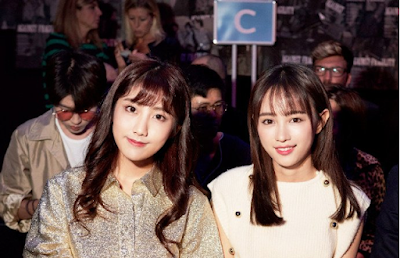 The sad news came from SNH48, because the two popular members of the group, Li Yitong and Huang Tingting, were rumored to be about to graduate.

Li Yitong and Huang Tingting were members of the second generation SNH48 and in this year's election both won the TOP 1 and TOP 2 senbatsu positions.

This is known after SNH48 management (STAR48) registers domains for their personal site, as was done with Ju Jingyi (www.ju-jingyi.com). Both friendship relations are also reported to be less improved and SNH48 is also reluctant to bring the two together.

This was known after one of the fans uploaded a photo showing that the domain had been purchased by SNH48 . In addition, both of them are also well established for solo careers because both have quite a lot of fans. The girls who are often called Baifaka and Kotete will be the next SNH48 member to join Star Palace STAR48.