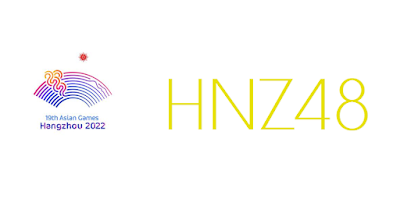 Indonesia successfully hosted the Asian sports week '18th Asian Games Jakarta Palembang 2018'. The sports party which is held once every 4 years has become a venue for the hosts to show to the world countries.

During the closing ceremony of the Asian Games at GBK yesterday it was announced that the host for the next event was the People's Republic of China (PRC) and Hangzhou City was chosen to be the host.

The good news came from fans of SNH48 idol group, they are now talking about the project planned by SNH48 in Hangzhou City.

Reportedly, STAR48 as the company that houses SNH48 GROUP will form a group called HNZ48 (Hangzhou48) which will be formed early in 2022.

Previously, SNH48 was rumored to be forming dozens of sister groups in China and HNZ48 including the group names reported. The HNZ48 website domain (www.hnz48.com) was registered in 2015 and will expire 2023 later.

If this project is realized, this is an opportunity for HNZ48 to become a filler of entertainment while the sport is taking place as is done by JKT48. That way, SNH48 GROUP will increasingly get a name in China and the outside world. They are expected to be announced after CGT48 Chengdu.