Variety show BNK48 Senpai is back with 2nd generation members 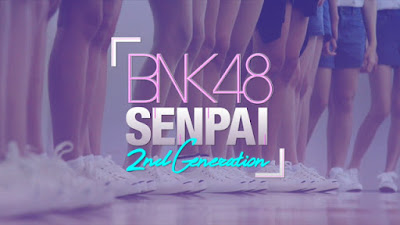 BNK48 presents the second season for the variety show 'BNK48 Senpai' program. This program is a documentary video that shows BNK48 auditions and real experiences of the members about their struggle during training. In the first season, BNK48 Senpai was present with first generation member auditions. BNK48 has announced that this second season is the time for the second generation auditions to end last April.

'BNK48 Senpai: 2nd Generation' will start airing on September 8, 2018 every Saturday at 15: 30-16: 30 WIB on the Channel Workpoint TV. Curious about what the second BNP48 Senpai is, let's see the teaser of this program in the following video.


In the video above, there appears to be a scene where the audition is up to the second generation debut to the music video shooting for the song Tsugi no Season. If the first season has 13 episodes, the possibility of the new Senpai BNK48 will have the same amount.