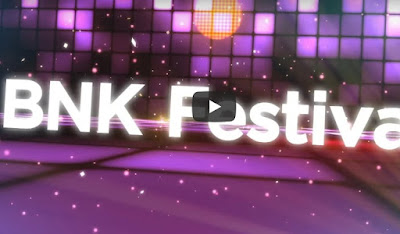 This event was crowded with many fans because this was the first time to take a picture closer to their oshimen. This BNK48 2shot RIVER ended with a surprise announcement of a new single. The group that has the purple logo will release their fifth single titled 'BNK Festival' and its senbatsu members.

BNK Festival is a song adapted from AKB48's song of the same name, 'AKB Festival'. The song is a song composed by Yashushi Akimoto for the lyrics while the composing field is handled by Tsuji Takahiro and the Muto Seiji arranger. This song has also been sung by JKT48 into Indonesian with the title 'JKT Festival'.

BNK Festival's single video music does not only involve senbatsu but all BNK48 members will participate.

In the announcement of this single, BNK48 also announced the double song that will accompany the two main songs. The song for the third track of the single is Temodemo Namida which was performed by Cherprang and Music and the song of both songs is Mata Anata no Koto wa Kangaeteta. Temodemo Namida is a song found in the theater performance of Pajama Drive while Mata Anata no Koto wa Kangaeteta is a tide song on the single High Tension AKB48.