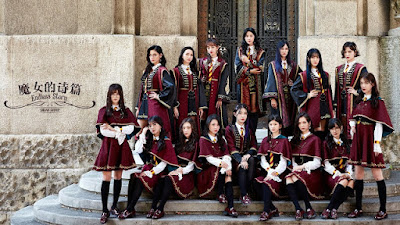 SNH48 has just released their 21st music video single Monu de Shipian or Endless Story. This music video was filmed in the country runner-up in the World Cup, Croatia. Filming was held after the general election in August. SNH48 flooded praise for successfully creating a new theme in the era of deception, it's called 'magic'.

The fans were amazed by the CGI effects that appeared in this music video. A variety of sorcery is owned by each senbatsu member in this MV storyline.

Starting from Li Yitong who saved the little boy, Zhao Yue who could heal wounds. What is the magic power of the senbatsu in the Endless Story MV? 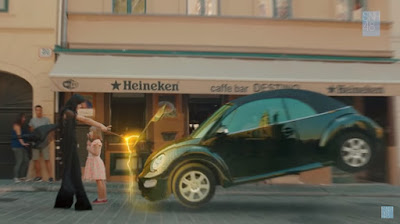 At the beginning of the video we saw Li Yitong trying to saved a small child who was about to be hit by a car. She managed to save the little girl using her wand. Looks like a high-speed car suddenly stops and drifts. People around the place also did not move and only herself and the little girl could. The time frozen by Li Yitong was the one who froze them.

Huang Tingting has the ability to teleport or switch places by disappearing. Yeah, in this MV she was walking around and suddenly disappeared and appeared on the road in front of her earlier. She also disappeared and was suddenly on the roof of the building then she returned to a building wearing her magic uniform.

In MV, Nanshi has magic to induce with memory. This means that she can illuminate the event that is happening by using an object that she holds. She uses a feather that falls in front of her to see what is happening.

Lu Ting was able to control the weather around her, in the MV she used the wand to turn the initially bad weather into good again.