On the trainee (yubeisheng) GNZ48 'Ouxiang Yanjiu Jihua' theater performance, the fans who watched were amazed. On that occasion four members of Yubeisheng were announced to have been promoted to core members aka promoted to the team. 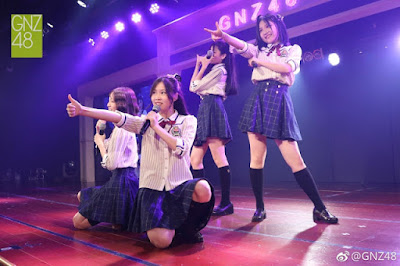 Sixth generation members also performed two songs, Summer Sounds Good and School Bell were Love Song. Their profile has now been uploaded to the official GNZ48 website and soon they will perform with other trainees in the theater.