1st Generation member Nishino Nanase who has announced graduation from the selected group as the center.

In addition, the 22nd Senbatsu single became the first Senbatsu for Ito Riria and Sato Kaede of Generation 3. 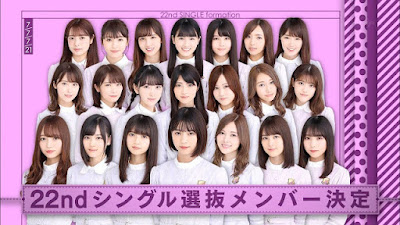