Home JKT48 Not even debut yet, but Kanya Caya already resigned from JKT48

Not even debut yet, but Kanya Caya already resigned from JKT48 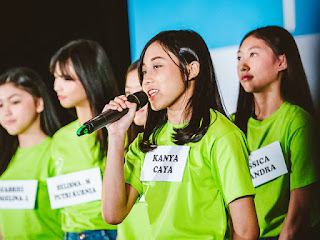 Announcement regarding the departure of Kanya was announced by JKT48 management on their official website on October 6, 2018. Right on that date the 13-year-old girl no longer continued her dream in JKT48.

The seventh generation member of JKT48 had just become a new member on September 29 after being introduced during the UZA - Everyday Kachuusha handshake event.

Only a week before, she was known to fans as candidates for the JKT48 Academy Class B from Yogyakarta. The reason for her resignation was not allowed by her parents to settle in Jakarta without a companion. She became the fastest member of the group, which was 7 days previously handed by Jihan Miftahul Jannah Generation 6 with 13 days.