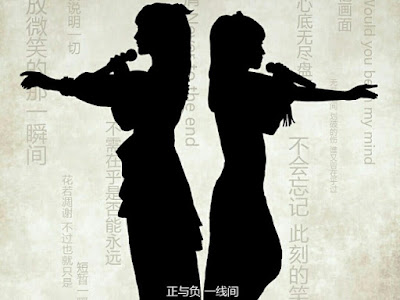 SNH48 5th Request Time Best 50 will be held on January 19, 2019 in Guangzhou. In choosing the best song, fans can also determine who the member will deliver the song. Some members of the fanclub have collaborated with each other to open a project to win the oshi and chosen song.

This time it's different, an account from SNH48 GROUP fans opened a project to win the song '+ - (plus minus)' belonging to GNZ48 but they chose Li Yitong and Huang Tingting both to sing it.

This is very interesting for other SNH48 fans because the two members are having a bit of a dispute that makes them not ok each other. Even the fanclub accounts don't dare to unite them in the Request Time event.

Request Time last year, fanatics 'kahuang' (the name for the couple's name for Li Yitong and Huang Tingting) managed to unite the two in the song Renyu or Mermaid.

But fans were not satisfied because SNH48 set the appearance both of them did not meet each other apart apart on the left and right sides of the stage. Their curiosity was moved again, the account that opened the project opened up raising funds to vote for the success of their project.

Up to now, 414 Yuan has been collected from the 198,223 Yuan of targeted. If reach the target, you can be sure that the song will be the winning song and the MV will be made again. As we know, Li Yitong and Huang Tingting won the song Oshibe to Meshibe no Yoru no Chouchou. This fundraising will open 48 days.