Yang Yunyu SNH48 announced graduation from the group on October 13, 2018. The announcement was made at her special birthday theater performance (seitansai).

The departure of Yang Yunyu from the group was mourned by her colleagues on Team X. Despite announcing graduation, there was no definite clarity about Yunyu's membership by management. 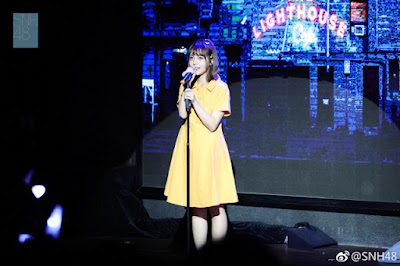 This girl who is often called Wanzi has a reason for her departure, namely that she wants to focus on her education. Some fans guessed that Yunyu only temporarily left the group aka hiatus. But she has opened a personal Weibo and has not accessed official account for the last five days.

Yang Yunyu is a fourth generation SNH48 student who was promoted to Team X when formed. Her career in the group was quite brilliant, she was twice ranked in the general election. However, this year's election must be willing to go home empty-handed. Yunyu has only been a member of the senbatsu single once in her career in the group.