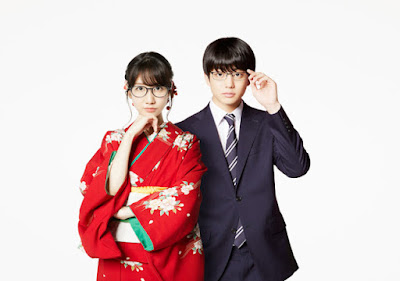 This drama was adapted from the same titled manga made by Torishima Hyte. Taking a set of professional Shogi communities, the drama tells the story of the love story "Tsumi [checkmate]" between office employees who are inexperienced in romance with a female Shogi player who is older than him.

In this drama, Kashiwagi will act as Komada Tae, a professional female Shogi player. Whereas Ito will act as Kohinata Taiga, an office employee who has no experience in romance matters.

Kashiwagi will also be responsible for singing the drama theme song. This will be Kashiwagi's new song since the 'Birthday wedding' single was released in October 2013. This new Kashiwagi song will be released December 5, 2018 on the Music Card.