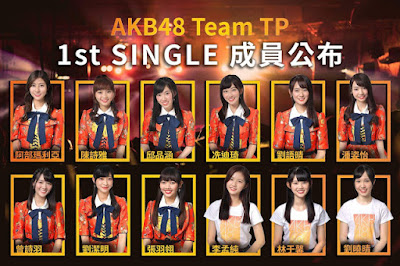 Through its official Facebook account, AKB48 Team TP announces the members who entered senbatsu in the single. Interestingly, there were only 12 members who were selected to present AKB48 Team TP's first single.

Unlike usual, the AKB48 Team TP's first senbatsu arrangement does not consist of 16 members. AKB48 itself used 12 members to senbatsu only on the single 'Sakura no Shiori / Sakura Book Barrier'. Is this their first single, the AKB48 single?