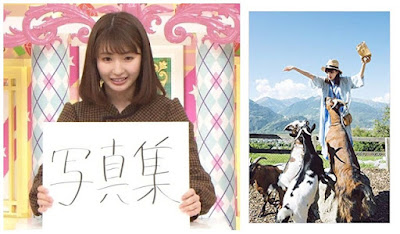 In the regular 'Nogizaka Koujichuu' group episode [木 坂 工事 中] 'episode that aired on March 18, Inoue revealed the thing she wanted to achieve in her 7th year of Nogizaka46 career was releasing a photobook with Switzerland as the location for her photo shoot.

As expected by Inoue, the photobook 'Sonzai' took photos of locations in Switzerland such as Zurich and Lausanne in Geneva. This photobook will show Inoue between beautiful nature, views of the historic city and lake Geneva.