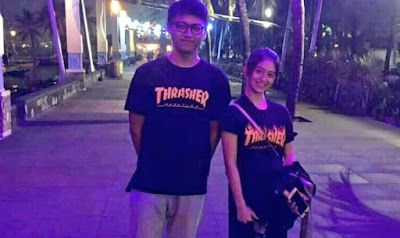 Because of the 'photo' that spreading trough social media. Eve's truly sorry for this thing. And she said will work hard.

JKT48 management found an irregularity with Eve's words related to photos with men. Judging Eve made a lie and was considered to violate the golden rules of JKT48 members.

"Thank you very much for your support for JKT48.

At the end of Team T's theater performance, "Theater no Megami" (Dewi Teater) today, Eve Antoinette Ichwan acknowledged that the person in question had violated the JKT48 rules and committed an inappropriate act as a JKT48 member. Therefore, starting today she will be relegated to Academy Class A.

We also want to inform you that this action was taken too late because when the photos in question circulated on social media, we got information that was not in accordance with the truth. What we have only just discovered recently.

Eve felt very sorry from the bottom of her heart. By being in Class A Academy, we hope she can return to her initial feelings and fight back with all her might.