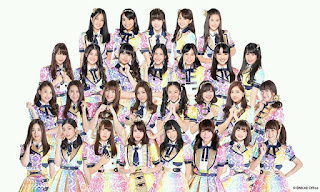 Good news comes from Bangkok idol group, BNK48 who will be performing again in Japan on the 69th Kohaku Uta Gassen event. The event was a match for music artists who appeared to be divided into two teams based on: the red team (akagumi) and the white team (shirogumi). Today, NHK Kohaku through its official website announced that AKB48 will perform with the sister group BNK48 for the first time in their show.

NHK Kohaku was impressed by this idol group from Bangkok because the BNK48 version of the Koisuru song music video had been screened 150 million times almost defeating the original version of AKB48. The BNK48 song also attracts many famous artists to become a phenomenon in Thailand. In this event BNK48 will meet with a South Korean girl group, TWICE.