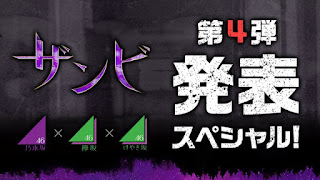 The first project of 'Zambi Project' is a stage play that was staged on November 15-25, 2018 and then at TOKYO DOME CITY HALL.

The second project in the form of drama will be aired on NTV starting January 23, 2019 and the third project, the game application 'Otome Kagura ~ Zambi e no Chinkonka (Requiem) ~ [乙 女神 楽 ～ ザ].

Like the first project in the form of stage play, this fourth project will also show stage play but with different teams and another story.