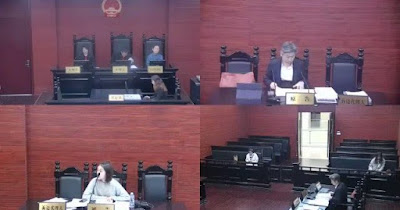 The trial in court over the charges sued by Shanghai Siba (STAR48) to the former BEJ48 member Niu Congcong was held.


In the trial, it appeared that the girl who had previously been in Team B was present together with a representative from STAR48 management. However, what touched their heart was Niu Congcong who did not bring a lawyer to face the problem of this prosecution.
The girl who was the BEJ48's top member defended herself alone in the court. She appears confidently answering the judge's answer.


The girl who is often called Erzong is sued for the cancellation of the contract as a member before the contract period and does not compensate for this.


The total loss or penalty targeted by STAR48 reaches 1,000,000 Yuan or approximately 145k USD. This was due to the fact that Niu Congcong was involved in a commercial advertisement personally even though her contract period with STAR48 was still ongoing that time.
Niu Congcong left BEJ48 on October 23, 2017. On May 17, 2018, she proposed the cancellation of the contract with STAR48.

On May 28, STAR48 filed a lawsuit. The mediation that occurred with the court was BEJ48 asking Niu Congcong to return to the group, but Niu Congcong wanted the termination of the contract. All mediations are only in vain aka fail.