Matsudaira Riko Keyakizaka46 profile and all you need to know 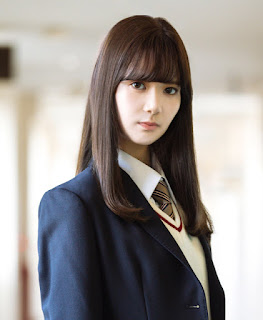 The second generation of Kanji Keyakizaka46 including Matsuidaira Riko (松平璃子), the Taurus girl was born in Tokyo, May 5th 1998.

Matsudaira Riko named as a university student who's now taking up law. Having height about 165-167 cm, the girl is likes Pe-chan's Revolution.

She's also a basketball manager when she was at school until senior high. Quite athletic, loving sports the likes of basketball, swiming, track and field seems easy for Matsudaira Riko. Managed an Instagram account with handle @hime_daira before joining the group.

Matsudaira Riko recap
- law student
- bad with people, horrid at dancing (berika's successor)
- auditioned because she wanted to change herself
- eldest but the younger members had to console her first backstage bc she couldnt stop crying, voice shaky when she introduced herself.
- still up in the air if shes actually a rich matsudaira or not
- apparently shes good at handshake... she's just bad in front of lots of people. she fishes well

during her self-introduction today
"myself, up till now, never gave my all to the things i did. i didn't put in my full efforts. i'd like to change that about myself. i want to give my all into something, so i'll aim to become an idol."