SGO48 to have local sister group called HNO48 and DNA48 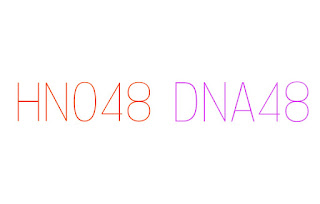 SGO48 just made its debut on December 22, 2018. The formation of the SGO48 idol group was very much awaited and the enthusiasm of Vietnamese teenagers was very great.

The newest AKB48 overseas sister group in fact gave a sense of satisfaction after Thailand had BNK48, China with AKB48 Team SH, MNL48 in the Philippines. The popularity and success of AKB48 in Japan and Asia made the company that hosts the SGO48 group 'YAG Entertainment' have a plan for the future.

As reported by Vietnamese media Tinhac.com, it was stated that YAG Entertainment's company representatives said they would make the sister group SGO48 if the idol group project succeeded.

The formation of this new group in other words is the SGO48 franchise in several cities in Vietnam. They said that they would form HNO48 in the capital city of Hanoi and DNA48 in DaNang City. The aim of this is to sell CDs and bring the market group to the international market. This statement has also been written on the Japanese Wikipedia 'AKB48 GROUP'.

This makes foreign fans in particular, a little worried and wondering. The majority of fans will definitely linked this with the incident of former AKB48 sister group in Shanghai SNH48.

On June 9, 2016, AKB48 announced that SNH48 violated the cooperation contract because they formed the new sister group consisting BEJ48 (Beijing) and GNZ48 (Guangzhou) so that all banners related to SNH48 were deleted on the official website of AKB48 GROUP. The two groups have nothing to do with AKB48 and the AKS will review the problem.