SHY48 made their last theater show before disbandment 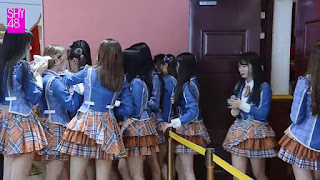 As we previously reported, this idol group from Shenyang is in danger of being disbanded. This is due to the financial condition of the group which experienced a decline in opinion from the reduction in theater audiences and sales.

According to news circulating, the performance performed by Team HIII was the last performance held by SHY48 Star Dream Theater. This is because there was no show held at the theater after that date and the members will head to Beijing to take a theater tour.