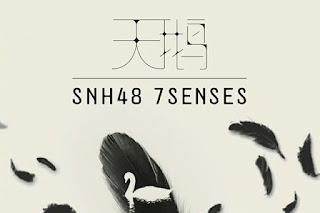 7SENSES sub units from SNH48 are ready to comeback with their latest single titled 'Swan (天鹅).

This was revealed by SNH48 through its official account. This 7 Senses squad was forced to postpone their comeback due to injuries sustained by Akira or Zhao Yue while running a race at the idol Super Nova Games.

SWAN / Tian'e (天鹅) means 'Swan' where this animal is a winter immigrant, its beautiful posture is the incarnation of the seven members.