One member of the NII SNH48 Team, Tao Boer, has announced graduation from the group today. This girl who is often called Xiluo explains it through the Pocket48 application account. Many fans were disappointed because her journey in the group did not last long. 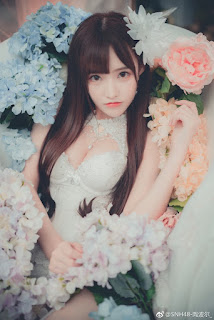 Tao Boer announced that she would graduate from SNH48 after the fifth Request Time concert in January. The event will be her last performance at SNH48. She apologized to the fans at that time. Even so, she did not reveal the reason for leaving the group.

The 8th generation SNH48 member just debuted in April 2017 and will leave in January 2019. Before being in the group, Tao Boer was a social media artist and an influencer there. She is also a former waiter in a cafe.