Wang Mengyuan has been fired by GNZ48 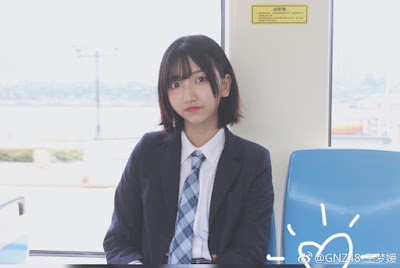 Another the dismissal of members unilaterally occurred at SNH48 GROUP. After the sacking of Deng Yanqiufei and Qian Yi from SNH48 because it was too unpopular, this time it happened at GNZ48 today.

Wang Mengyuan the 4th generation GNZ48 trainee member devoted what she was experiencing to her personal social media account.

This youngest member of GNZ48 and SNH48 GROUP also told fans via Instagram that she could no longer access official Weibo and Pocket48 accounts.

She concluded that her journey on GNZ48 was over. This girl, known as Cangjie, cried to experience this. She thanked the fans for supporting her during this time.

Though Wang Mengyuan is fairly active in the group.

She is also clean of scandals and mistakes during her career as an idol. Compared to other trainees indeed, Wang Mengyuan had a lower number of Weibo followers. Fans were very disappointed with what just GNZ48 did.