AKB48 Team TP gets open top bus as a gift 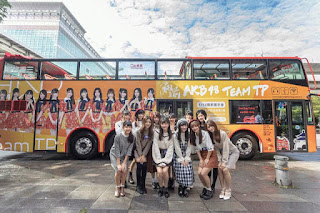 Quoted from Yahoo Taiwan, group captain Chen Shih-ya said: "We feel very scared and find it hard to believe. I am still a newcomer who has just debuted. I can get good results. I have to thank fans and work harder I feel that responsibility on my shoulders becomes heavier and won't disappoint fans ".

In addition, AKB48 Team TP's debut single music video has received a lot of viewers on Youtube. More than the estimated number of viewers. 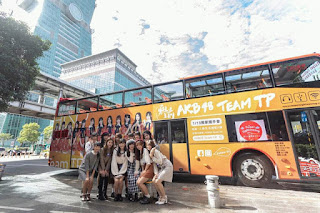 Through its Facebook account, AKB48 Team TP announced that the group has a new sightseeing open top bus. This is a gift from Chen Zihong as the boss of the company that oversees Team TP for the achievements. On January 4, 2019, this bus officially walked around Taipei and held a press conference with the media accompanied by fans.