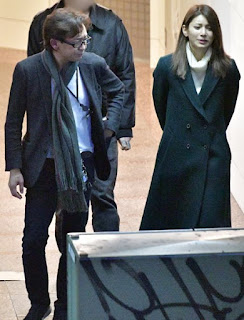 TOKIO's Joshima Shigeru (48) announces marriage on official fan site. According to sources, his wife is gravure idol Kikuchi Risa (24) and they have been dating for a few years.

Shigeru Joshima, leader of the J-pop group Tokio, will marry celebrity Risa Kikuchi, a source said as reported by Kyodo on Saturday.

Joshima (48), via the Johnny & Associates fan club website that houses the Tokio group, said he decided to get married and felt he had to share happy news with fans as Tokio's leader.

Joshima and 24-year-old Risa Kikuchi have been dating for several years, the source said.

Tokio first debuted in the Japanese music industry in 1994 as a five-member group.

Despite the scandal, the remaining four members of Tokio remain special ambassadors for the Olympics and Paralympics in Tokyo in 2020.