JKT48 Aninditha Rahma anin graduation due to her scandal? 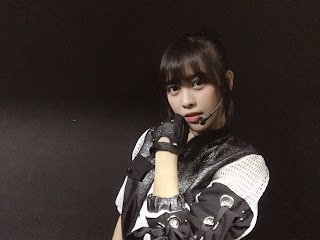 Aninditha Rahma Cahyadi is one of the third generation members of JKT48 who is still strong to survive until now when her colleague has graduated.

But lately Anin got an internal problem that was not published by management (JOT). Fans guessed it's about dating scandal.

Aninditha Rahma has circulated news that it has violated the contract rules so that she had not participated in JKT48 activities.

Even Anin in Team T's latest setlist "Seifuku no Me (Tunas di Balik Seragam)" also did not get any quota to bring Unit Song, of course this made her and Aninditha Rahma fans angry with JKT48 now it was rumored to be announcing graduation.