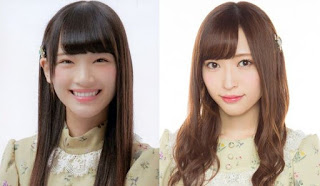 First of all, Yamaguchi Maho said that there were NGT48 members involved in this case. Then, the official statement on the NGT48 website also said something similar.

We then suspected Tano Ayaka was behind the incident.

Apart from Tano Ayaka that Mahohon did not follow on Instagram, a fan realized that the voices of a man screaming were often heard on some NGT48 SHOWROOM members broadcasts before its happened.

The voice scream was EXACTLY sounds like the voice of Tano Ayaka's fans who often attended the NGT48 theater show.

January 11 management decided to separate Tano Ayaka and Yamaguchi Maho from the upcoming NGT48 event. The two of them will not participate, which makes fans more convinced Tano Ayaka is involved.

According to Yamaguchi Maho, one of suspect came from member's room she described the location of the alleged room, which known by fans a room position of Tano Ayaka in the NGT48 dorm.

Some of the posts on Tano Ayaka's photolog and her response elsewhere to this case are annoying to the fans.

Management released a statement, that the members involved did not disseminate address information. It is only the time when Yamaguchi Maho will return in her room, but still the attack carried out by 2 men will make Mahohon become traumatized if there is no decisive action by management. But it will be difficult if the management who is supposed to protect Mahohon upfront, they instead protecting the suspect.

Still unclear why management backing the member involved in this case, we're looking for it. Commenting that "Don't accuse before there is evidence" means that it will never be finished, remember management protects the suspect and police being police means somebody else needs to take any action and There will NEVER be any evidence if management backing them.